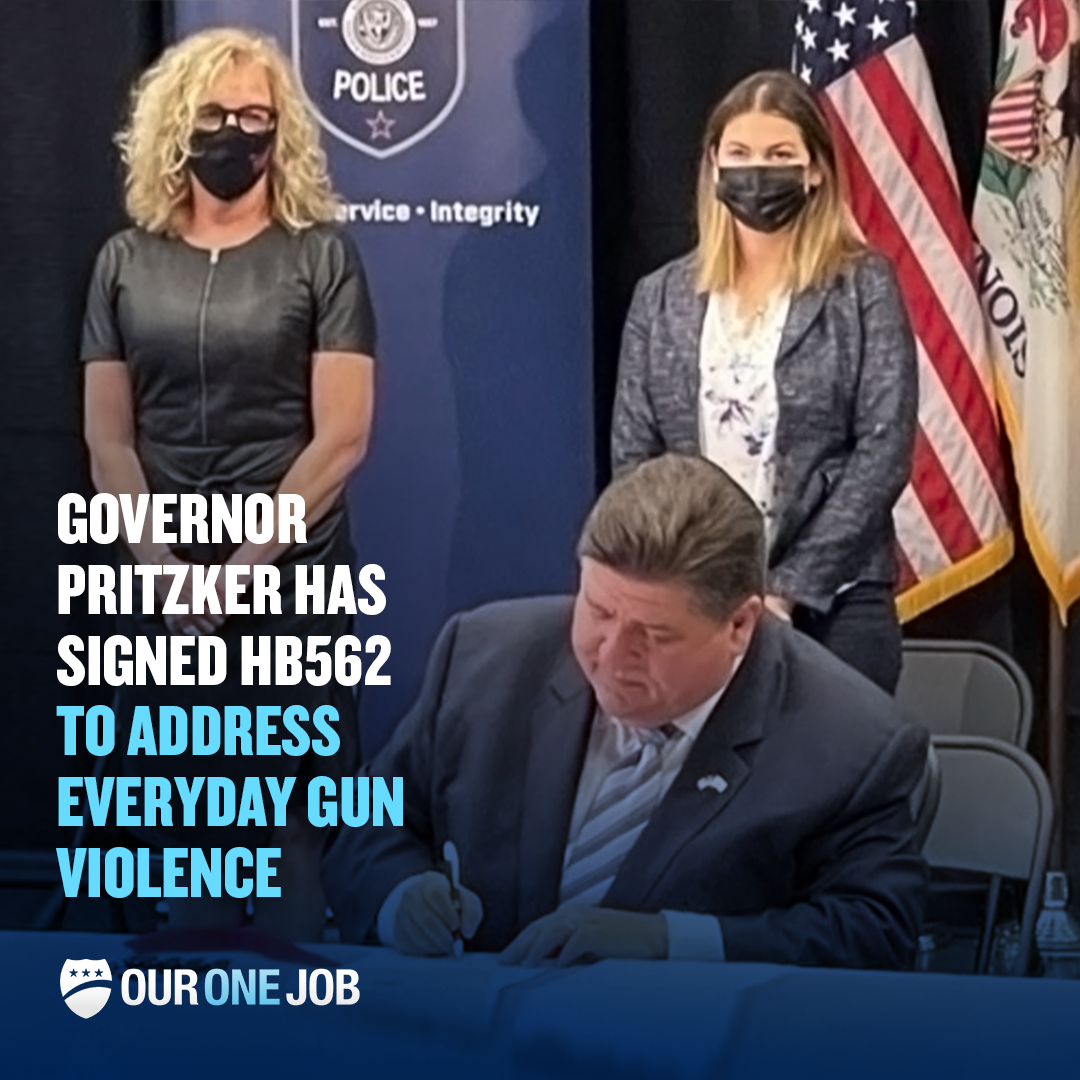 “Today our coalition delivered, organizing to ensure Governor Pritzker and legislators from both parties could take a major step forward in reducing the gun violence that plagues Illinois every day, in particular our Black and Brown communities,” said Kathleen Sances, President of Gun Violence Prevention PAC Illinois. “While the scourge of gun violence is a major equity issue that will not go away overnight, survivors and violence prevention advocates across the country can look at our coalition’s major victory and know that we can pass common sense measures that save lives without infringing on the rights of law-abiding gun owners.”

Critical to the new legislation is the new, true universal background check that closes dangerous loopholes that allow guns to enter the illegal market. All private sales of guns in Illinois must now go through an online portal and records of sales, including serial numbers, must be sent to a licensed, brick and mortar FFL. Records of these sales will ensure that all guns that are sold in Illinois and later used in crime can be traced to the seller. This will improve clearance rates which is critical in decreasing everyday gun violence and helping survivors of gun violence find justice.

In addition to Governor Pritzker and Illinois State Police Director Kelly, Senate Sponsors Leader Dave Koehler and Sen. Ram Villivalam and House Sponsors Speaker Emanuel “Chris” Welch and Leader Jay Hoffman have been strong advocates for this legislation. The signing of this bipartisan bill follows the release of more evidence showing that gun violence is an equity issue, as new data compiled by the National Violence Center revealed Illinois ranks fifth in the nation in black homicides.

G-PAC Illinois is a gun violence prevention advocacy organization founded by survivors in 2013 to counter the influence of the gun lobby in Springfield. G-PAC recently launched the “Our One Job” campaign, a digital advertising and grassroots advocacy effort to pass universal background checks and curb the flow of illegal guns that cause too many preventable gun violence tragedies. You can view a version of the ad here.